When Ric Kemp opened his new board game café The People’s Meeple in Huddersfield, West Yorkshire in December 2019 he was hoping to make some brass. His fist full of meeples, he launched the business in a blaze of glory. The People’s Meeple was growing well and was ready to spread its wings. Pangolins, or maybe bats intervened with a modern-day plague. Increasing virus levels led the UK Government to declare a crisis.

By the end of March 2020 instead of being in the thick of a kitchen rush Ric found himself sat at home with his cat an’ a glass of wine contemplating if quitting his steady job as the manager at a greetings card company had been a caylus decision.

But now, as hospitality in the UK reopens on Monday may 17th it’s time to unlock! Epic adventures lay ahead …

Ric said, “Obviously, opening a new business is always a roll of the dice, and you have to see what cards you get. I wanted The People’s Meeple to be the numero uno place to go for games and coffee. It’s always a risk, launching a business but you take things one step at a time, pay attention to your worker placement, navigate the labyrinth of paperwork, and hope to catch the moon. We scrabbled to get open in time for Christmas, with a delightful patchwork of board games, great food and drinks.  Things were going well but frustration followed in March and since then we’ve been on a rollercoaster. Tycoons are doing OK, so I hear, but for a business like ours, it’s been a bit rummikub, as they say.  But you can’t lay down and cry. Oh, I was never aiming to be a food chain magnate anyway… “

“We’ve had great support from our customers while we’ve been closed. We’ve had our fair share of love, letters of support and our board game sales and raffles have taken OK. On the 12th April we were able to open for al fresco dining which is great if the weather is fine. Sandwiches are selling well. “

“We’re ready to reopen for games and diners on May 17th. We’ve dobbled down on our safety, with hand gel, safety notices and we’ve taken out some tables. We’ll be doing pizzas and toasties on our power griddle, Kings breakfasts, sandwiches and salad in a bowl. We know our customers go nuts for donuts, so we’ll have plenty of them and of course we’ll let them eat cake. On Wednesday and Saturday nights we’ll be open late, and our bar will be open so people can spend their beer money.”

“As for the future I really don’t have a clue. Do you? Our core request is that we can stay open!”

Among Ric’s customers keen to get back to board gaming are Morag Ricola and the person Morag is betrothed to, Kaido Rory Ricola,

Morag said, “I can’t wait for The People’s Meeple to re-open. I’ve spent a lot of time at home fiddling with Rory’s Story Cubes… but when Rory goes to work I’m a bit stuck. I’ve been indoors that long my skin’s gone Pale. O, won’t it will be lovely to be back? “

Another regular customer told how the café’s re opening might end some family feuds. OsKer Plunkett said, “There’s been evenings when my partner has said to me, ‘I’m fed up of seeing your Carcass On that sofa, you haven’t got a monopoly on that remote control, y’know.’  Well, I can’t complain really, I suppose we all need some Time n’ Space to ourselves. I’m sick of looking at me too.”

The People’s Meeple re opens on Monday May 17th. Hopefully for Eternity! 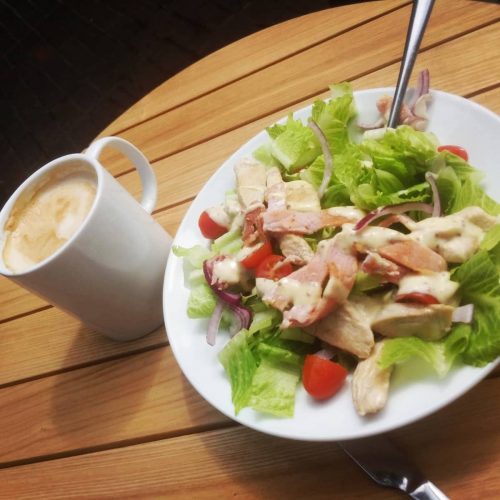 As we prepare to reopen our doors for retail and takeaway on April 12th and then to let all you lovely people come and play games inside on May 17th, we have to ask ourself, what will the new normal look like? Well I am aiming for as little change to the usual as possible but with a few awesome improvements.
From April 12th we will be welcoming you back to The People’s Meeple to get your caffeine fix with out locally roasted coffee beans from Huddersfield’s Bean Brothers. We will also be introducing some new home-made baked treats to tantalise your tastebuds with alongside a reduced menu available for takeaway but all of it will be made fresh to order. We have also increased our range of boardgames that you can buy and play at home from easy quick games to classics to games that are a little more challenging.

Then from May 17th we will be welcoming you back through our doors with the same restrictions we had in place before the last lockdown. That being groups of 6 or less from the same household or social bubble and all socially distanced. If you are wanting to book tables from that date then keep an eye out for the times that we will be opening.
We are very very very much looking forward to welcoming you through the doors and getting back to what we love…. playing games, drinking and eating and usually in that order. Your welcome to come join us and help us build on what we already started before the world decided it was time that every had a forced sit down inside and think about everything. I have thought and I have concluded that I much prefer it when you are all coming and playing games and drinking coffee or tea or some lovely beers.

We look forward to much much more of that as there are a pile of new games thats I have not had the chance to play yet….. and i’m very much missing my coffee 🙂 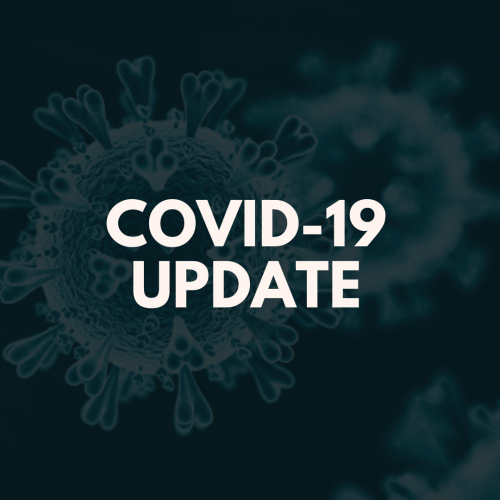 The Café is opening its doors again to the public on Wednesday the 8th of July. In line with the guidance from the government there is a new normal that the café will be following to ensure the safety of our staff and customers.

So what does this mean if you are wanting to come and visit the café in the near future.

Finding a space: Book ahead to avoid disappointment.

With the reduced space available at the café due to social distancing measures its is highly recommended that you book your space in advance. You can do this online via our website or call the café on 01484 556767.

Space is limited and we are not taking bookings for groups larger than 6 people at this time.

What to expect upon arrival: The new normal.

The café has put several measure in place to ensure everyone’s safety while trying to still maintain a pleasurable and fun time for all the people visiting the café.

The Board Game Library is available at this time but there is no way that we can safely ensure that all the games are either sanitised or quarantined for 72 hours after each use. With this in mind we will provide a sanitation station next the board game library along with a disclaimer about the games and their condition. Of course, you can choose to not play the games and you will not be asked to pay the relevant fees associated with them if you choose this.

The full list of games available at the café can be found on our website. We recommend that you browse our library online to select your game to reduce the amount of time you are away from your table ensure you spend as little time as possible interacting with the library itself. A team member can always collect the game of the shelf for you should you wish to remain at your table.

Given the rules in regard to social distancing we will be unable to provide a full teaching at the table service. We can recommend how to play videos for you to view online which could help you get into your chosen game.

There has been a few tweaks to the food and drink menu but we are happy to say that this is only to add to our offering and give you all more options including salads, full breakfast menu, cocktails, a great many drink and food offers.

We will be operating reduced hours until we find out how the new normal will effect trade. The café will be open at the following times:

If you wish to book the venue at times that we are closed then this can still be arranged with the café. Please call for more details. 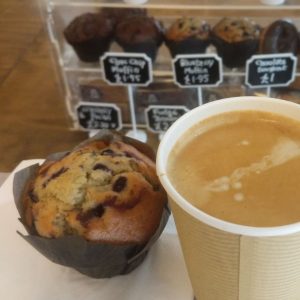 ARE THINGS RETURNING TO NORMAL?

So we find ourselves 11 weeks in and nothing is as it should be which means a whole new world for everyone taking part in the human race. For the Cafe and myself it has resulted in a massive upheaval of a new business that was just gaining traction and a foothold in Huddersfield Town Centre. With lovely customers returning again and again and bringing new people with them each time teh future looked rosey and full of lovely boardgames.

So where are we now? Many people are peering out their windows and emerging bleery eyed from their isolation caves / chambers / rooms or whereever you have found yourself surving in the test run of the apocolypse. The Cafe has taken on a new life in the last 2 weeks as we open our doors for a take out service for drinks, selected hot and cold food and recently the hire of our board games. This has lead to a host of logistic challenges and solo working trying to keep the dream alive. Running your own business is like the ultimarte boardgame that has all teh themes and game mechanics you can think of rolled into a real world game where if you win you never really win as the game keeps going and if you lose its not so easy to set up the board and start again. 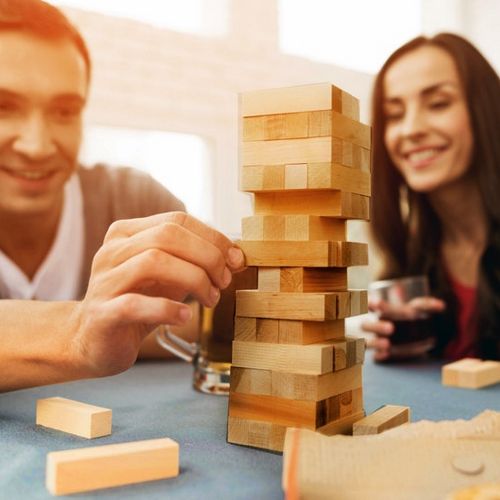 These crazy times we find ourselves are leading to lots of doors closing on local businesses and I’m afraid we have also joined the list of ever growing businesses that are being forced to close their doors to our lovely and loyal customers. Its is never something that I ever thought I would have to do but here we are and here is what I am doing to keep moving forward. This is just a break in a fantastic journey and songs will be sung about the crazy times we are currently going through. The Quest is not at an end we are just battling a massive end of level boss but it is not the end of the game. 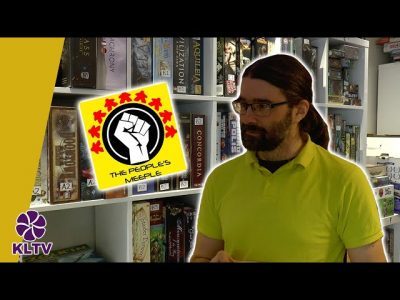 Kirklees TV come to the cafe to talk about why we do what we do. What inspired us to do it and why we picked Huddersfield.